Wanting a Second Chance at a First Impression

When Mariam Hassan was pregnant with her eighth child, she went to visit a friend who’d recently given birth. Rather than receiving her with a joyful welcome, Mariam’s friend apprehensively asked her inside, where she revealed that her son had been born with a cleft lip.

Mariam painfully recalled what happened next: “I had never seen a cleft lip before, and I acted so poorly. I stepped backward, covered my mouth, and then just sat there tongue-tied. My reaction must have been so hurtful.”

Mariam remembers this moment so vividly because, only a few months later, her own son, Abdirashid, was born with a cleft lip. In the following days and months, Mariam was hurt by the reactions of several people she’d considered to be friends when they saw her son’s untreated cleft lip. “It’s a lesson that you should never discriminate,” said Mariam.

Mariam and the family remained unaware that cleft treatment was possible for Abdirashid, and he lived the next several years with an untreated cleft lip.

When Abdirashid started kindergarten, he was bullied by his classmates and came home in tears every day. Mariam was heartbroken when Abdirashid asked if he could drop out of school.

When Abdirashid was seven years old, the family was floored when, out of the blue, they heard an advertisement for free cleft treatment over the radio. “I didn’t dare to get my hopes up, but I called the number,” she said. To her utter surprise, Abdirashid was scheduled for a Smile Train supported surgery at Kalkaal Hospital the following week. 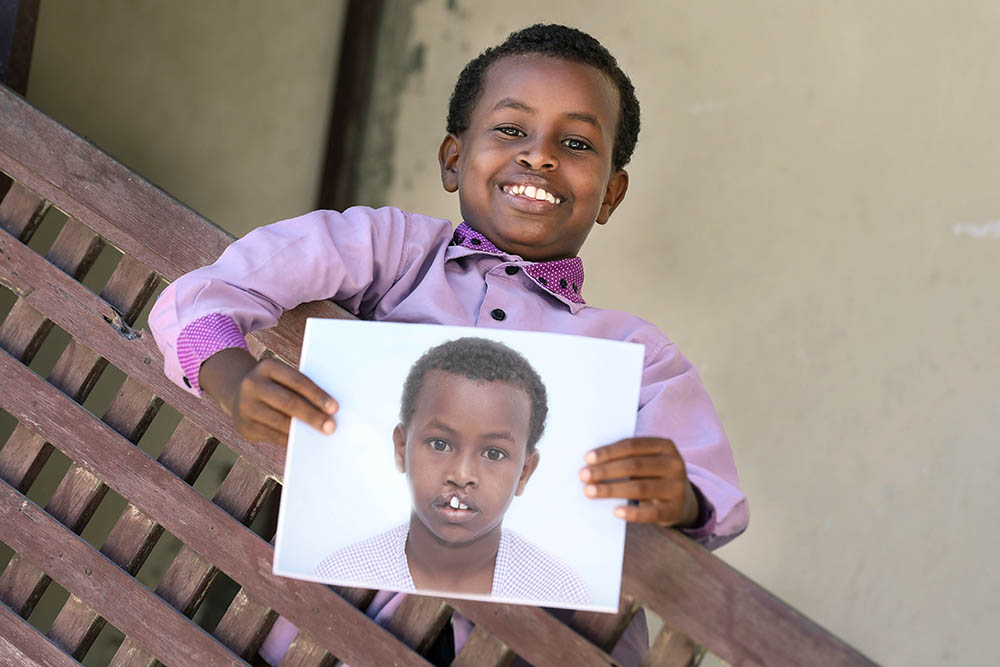 Abdirashid had his cleft lip surgery, and the family could not be happier with how it has completely changed his life. 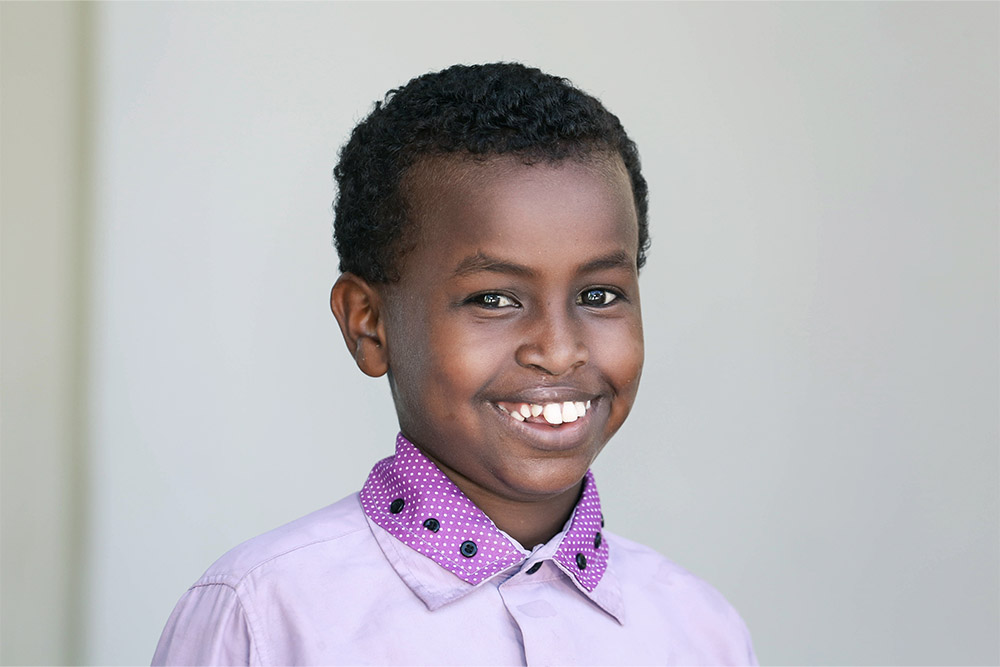 The first giant step came two weeks after his surgery, when Abdirashid went back to school for the first time. Mariam was relieved to see, for the first time ever, Abdirashid coming back from school with a giant smile on his face — he’d had his best day ever. “My son now loves going to school, thanks to Smile Train, may Allah bless you,” said Mariam.